Last week the Department of Health and Human Services Office of Inspector General released its fiscal year 2013 Work Plan describing the issues it intends to investigate during the fiscal year beginning October 1, 2012. In the section of the Work Plan devoted to Parts A and B of Medicare, the OIG identified its concerns with the operation of the Medicare Administrative Contractors (MAC) and the Medicare Recovery Audit Contractors.

The OIG’s Concerns With the Performance of the MACs

In addition to being concerned about CMS’ ability to adequately monitor and assess the performance of the various MACs, the OIG is concerned with whether the MACs have consolidated all Part A and Part B edits within their jurisdiction, have developed and tested final edits, implemented and used initial, local system, and medical review edits and evaluated edit effectiveness. On a related subject, the OIG is also concerned about Part B claims that were suspended for manual prepayment review on the basis of system edits but on which the reviews were not conducted. According to the OIG, because manual review is more timely and costly to the contractor, some suspended claims might not be reviewed but paid inappropriately. In sum, the OIG believes that the MACs may be paying too many improper claims.

The OIG’s Concern With the Performance of the RACs 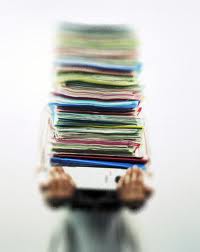 As opposed to its concern with the MACs’ performance in specific areas, the OIG Work Plan does not identify any specific concern with the performance of the RACs. Rather, the Work Plan states that the OIG intends to “review the extent that Recovery Audit Contractors (RAC) identified improper payments, identified vulnerabilities, and made potential fraud referrals in 2010 and 2011.” The OIG will also review CMS’ actions in resolving RAC-identified vulnerabilities, addressing potential fraud referrals, and in evaluating RAC performance in 2010 and 2011. Apparently the OIG does not believe that the problems with the RAC program identified by the American Hospital Association, the American Medical Association and other professional organizations as well as some members of Congress warrant investigation.

The Concerns of Others With the Performance of the RACs

Since its inception, the structure of the RAC program has been the subject of considerable unfavorable comment by Medicare providers. In an April 3, 2012 letter, the leaders of 35 professional organizations representing doctors expressed their opposition to CMS’ plan to have RACs conduct prepayment reviews because “[t]he program’s contingency fee structure inappropriately incentivizes the Recovery Auditors to conduct “fishing expeditions” that are exceedingly burdensome for physician practices” and because “[t]hey [Recovery Auditors] are incapable of efficiently or accurately conducting prepayment review.”

On June 26 2012, the American Hospital Association wrote the Senate Finance Committee a letter in which it pointed out that “[M]edicare RACs have a strong financial incentive to deny claims. Medicare RACs are paid ―on a contingent basis for collecting overpayments –currently, between 9 percent and 12.5 percent of the overpayment amount.” The AHA went on to point out that the results of its RACTrac survey “[s]uggests that these incentives encourage the improper denial of large numbers of claims. According to data collected by the AHA, an astonishing 74 percent of appealed RAC decisions are ultimately reversed.”

Most recently, on September 11, 2012, the American Medical Association wrote CMS urging that it stop the proposed review by the RACs of E&M claims. The AMA first noted that because “[t]he RACs are not required to have same-specialty physicians review RAC determinations, we have no confidence that the RACs will be up to the task of understanding these variables or their clinical relevance.” The AMA then pointed out that “[C]MS’ FY2010 Recovery Auditor Report to Congress reported that 46 percent of the Medicare RAC determinations appealed were decided in the provider’s favor.”

The significant evidence of RAC errors that have resulted in reversals of between 46 and 74 percent, an error rate that would certainly attract OIG attention if incurred by the MACs while processing payments to providers, raise two significant questions:

My own answers are “Yes” and “No,” respectively.

Please contact us if you would like further information about the ongoing RAC program or for assistance in helping to resolve other issues with any of the legion of CMS auditors that inhabit the Medicare-Medicaid Audit World.