To date, most of the discussion about the RACs has revolved around the merits of an individual claim and the repayment demand appeal process, including whether the RACs have to establish good cause at an ALJ hearing to justify the reopening of a claim more than 1 year old. 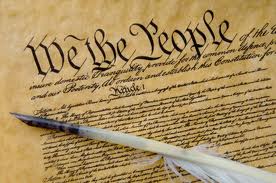 Part 1 of this post provides a brief history of the evolution of the Medicare and Medicaid RAC programs and highlights provider concerns with the contingent fee part of the program. In Part 2, I will discuss why I believe that the contingent fee process developed by CMS does not comply with the Fifth Amendment to the United States Constitution and why, if this argument is presented in a proper case, there is a significant possibility that a Federal Court will issue an injunction stopping the program and order the return of the money paid to CMS in response to RAC demands.

In § 306(a) of the Medicare Prescription Drug, Improvement, and Modernization Act of 2003, Congress directed CMS to

conduct a project to demonstrate the use of recovery audit contractors in identifying underpayments and overpayments under Parts A and B of Medicare and to recoup overpayments. Congress further provided that payment may be made to the RACs on a contingent basis from amounts they recovered. In § 302 of the Tax Relief and Healthcare Act of 2006, 42 U.S.C. § 1395ddd(h), Congress made the recovery audit program permanent and directed it be expanded to all fifty (50) states by January 1, 2010. Congress also directed that the RACs be paid on a contingent basis out of funds recovered by the RACs from overpayments, and in such amounts as the Secretary specified for the identification of underpayments.

CMS received numerous comments about its proposal. Similar to the many concerns expressed in numerous less formal ways with regard to the Medicare RAC program, an overarching theme of the comments received by CMS is the fear that the contingent fee will encourage the RACs to find ways to turn proper claims into overpayments, thereby increasing the loss to providers and the gain to the RACs. CMS issued final regulations on September 16, 2011 which made only minor changes to § 455.510.

Please contact us if we can be of any assistance with an issue relating to RACs or their contingent fees or in helping to resolve other issues with any of the legion of CMS auditors that inhabit the Medicare-Medicaid Audit World.