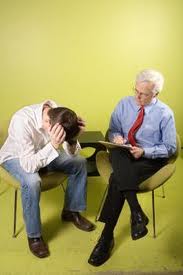 [a] minimum level of purposeful advocacy of a legal position directed at the decision-maker. Like the writings in Willis and Rowell, the writings to which Dr. Handron points do not reflect that kind of purposeful advocacy and therefore do not implicate the EAJA… Here, the government did not take any action to advocate for, or urge, its position before the ALJ. It filed no brief, gave no statement, and expressed no position, in writing or in person.

I believe the result would be different if, as is becoming more common, a representative of the RAC or MAC testifies or CMS offers expert testimony or presents something more than simple factual data about the analysis of the claim.

When is CMS’ position not “substantially justified?”

What you need to do if you win your appeal and want to recover your fees and expenses?

If you win your ALJ appeal and believe CMS or its contractor acted in such a way as to make the proceeding an adversary adjudication and that CMS’ position was not substantially justified, the EAJA requires that an application for fees and costs be submitted within 30 days of the final disposition of the claim (not 30 days from when you receive notice of the disposition). Because the courts have held this to be a jurisdictional requirement that cannot be waived, you must submit your application in a timely manner. What needs to be in the application is set forth in § (a)(2) of the EAJA.

Please contact us if we can be of any assistance in assisting you with an EAJA claim or in helping to resolve other issues with any of the legion of CMS auditors.