The Costs of an ALJ Hearing 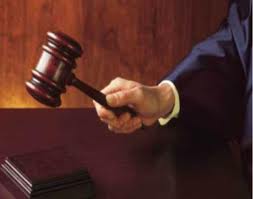 By the time a claim reaches the ALJ, a provider, in addition to incurring the costs associated with producing the relevant portions of the beneficiary’s medical records, usually has incurred costs in reviewing professional articles and studies describing the appropriate treatment of the beneficiary’s condition, and/or retained counsel or other agents for assistance and representation at the Level 1 and/or Level 2 appeals. There can be additional significant costs associated with hearings before the Administrative Law Judge including the costs of medical or scientific experts and if not previously retained, the costs of counsel or other agents for representation at the ALJ hearing.

Section (a)(1) of the EAJA provides that:

An agency that conducts an adversary adjudication shall award, to a prevailing party other than the United States, fees and other expenses incurred by that party in connection with that proceeding, unless the adjudicative officer of the agency finds that the position of the agency was substantially justified or that special circumstances make an award unjust. Whether or not the position of the agency was substantially justified shall be determined on the basis of the administrative record, as a whole, which is made in the adversary adjudication for which fees and other expenses are sought.

Therefore, if when the ALJ appeal was filed, (1) the provider met the definition of “party,” (2) the ALJ hearing style=”color:blue”was an “adversary adjudication,” (3) the provider was the prevailing party and (4) the position of CMS was not “substantially ifintitled to an award of fees and other expenses.

In part 2 of this post, I will discuss what the requirements mean and a recent decision by the Third Circuit Court of Appeals.

Please contact us if we can be of any assistance in analyzing any of the various Medicare-Medicaid Audit World statistics or in helping to resolve an issue with any of the CMS legion of auditors.